What is Ablation for Back Pain? And Other FAQs About the RFA Procedure

What is ablation for back pain?

Ablation is a minimally invasive procedure used to treat chronic pain. Radiofrequency ablation (RFA) is a type of ablation that uses radio waves to generate heat, which destroys the nerve tissue causing pain. RF ablation is usually performed on an outpatient basis and does not require a hospital stay. The procedure is typically performed using local anesthesia, with sedation if needed. We use radiofrequency ablation to treat the source of back pain or neck pain.

RFA is usually indicated for patients who have failed to respond to conservative treatment measures, such as physical therapy, medications, and epidural injections. RFA can be used to treat pain caused by a variety of conditions, including herniated discs, sciatica, facet joint arthritis, and sacroiliac joint dysfunction.

New Jersey Back Center is a group of state-of-the-art back centers in New Jersey specializing in minimally invasive back pain treatments, including radiofrequency ablation and nerve blocks for back pain. Our interventional pain doctors carefully examine your back, discuss your symptoms, and administer imaging tests, following which they curate a personalized treatment plan. We always start with physical therapy, rest, compression, and epidural injections and offer radiofrequency ablation if other treatments don’t work.

You can find our back centers in New Jersey in Clifton, Paramus, Woodland Park, and West Orange. If you’re in or around these regions and have the signs and symptoms of back pain, please schedule an appointment to determine if you’re a candidate for radiofrequency ablation for back pain. 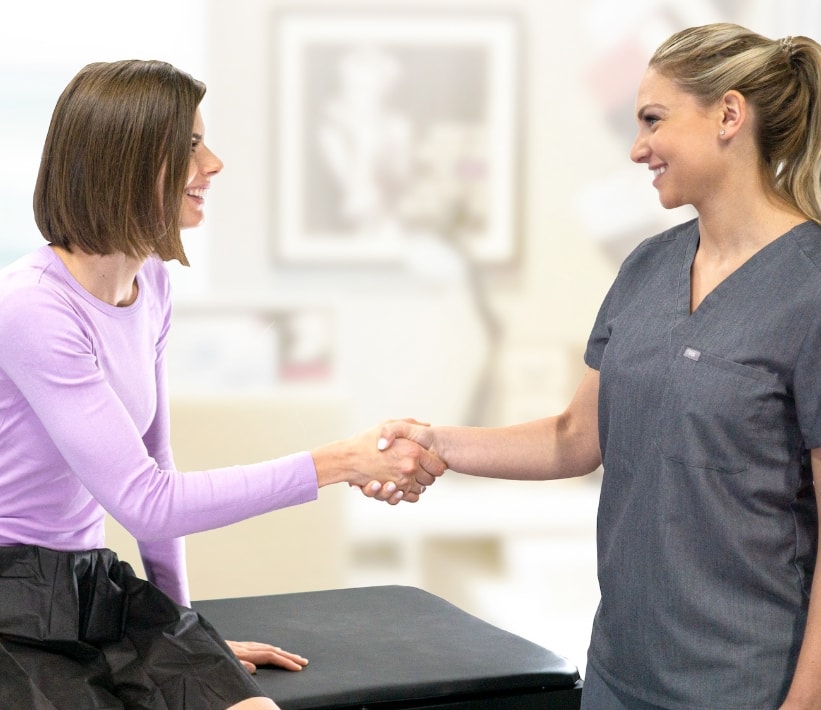 What happens during the RFA procedure?

The first step in the RFA procedure is to numb the skin over the targeted area with local anesthesia. Once the skin is numb, the doctor will insert a needle into the affected area. The needle will be guided by x-ray or fluoroscopic guidance to the specific nerve that is causing the pain. Once the needle is in place, the doctor will use radio waves to generate heat, which will destroy the nerve tissue. The procedure usually takes less than an hour to complete.

What happens after the RFA procedure?

After the procedure, patients will typically experience some pain relief within a few days. However, it may take up to a few weeks for the full effects of the RFA to be felt. The majority of patients will experience a significant reduction in pain that lasts for several months to years. In some cases, the pain relief may be permanent.

There are a few potential side effects of RFA, such as skin burns, nerve damage, headaches, and pain at the site of the needle insertion. However, these side effects are rare and typically resolve on their own. As with any medical procedure, there are some risks associated with radiofrequency ablation. However, the risks are typically very low, and complications are rare.

Some potential risks include:

When is the RFA procedure for back pain recommended?

The RFA procedure is typically needed when other conservative treatment options, such as physical therapy and medication, have failed to provide relief from chronic pain. RFA may also be an option for people who cannot have surgery or who do not want to have surgery.

There are several signs that may indicate that you need radiofrequency ablation for back pain, including:

Can I get a radiofrequency ablation for neck pain?

Radiofrequency ablation is a procedure that can be used to help relieve neck pain. The procedure involves the use of radio waves to heat up and destroy the nerve tissue that is causing the pain. Radiofrequency ablation can be an effective treatment for neck pain that is caused by herniated discs, degenerative disc disease, and facet joint arthritis. The procedure is typically performed on an outpatient basis and does not require a hospital stay.

Will I have pain in my leg after radiofrequency ablation?

Radiofrequency ablation is a minimally invasive procedure that causes minimal post-treatment discomfort. Some of the possible side effects include skin burns, nerve damage, headaches, and pain at the injection site. Any pain or discomfort you feel after the treatment is temporary and can be alleviated with over-the-counter pain medications.

What are the long-term effects of radiofrequency ablation?

The success rate of radiofrequency ablation for cervical spine pain is high, with studies reporting improvement in pain in up to 80% of patients. RFA is a safe and effective procedure with a low risk of complications. The most common side effect is temporary numbness in the treated area. On rare occasions, patients undergoing an RFA procedure may experience permanent nerve damage, infection, or bleeding, but these risks are remote.

If you have tried other conservative back pain treatments without relief, it might be time to give radiofrequency ablation a try. Our back center in New Jersey ensures your treatment is safe and comfortable.